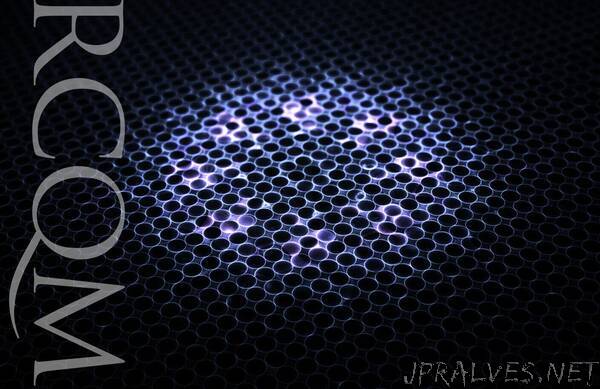 In a study in the Proceedings of the National Academy of Sciences, researchers from Rice University and the Vienna University of Technology (TU Wien) in Austria examined the behavior of an intermetallic crystal of cerium, palladium and silicon as it was subjected to extreme cold and a strong magnetic field. To their surprise, they found they could transform the quantum behavior of the material in two unique ways, one in which electrons compete to occupy orbitals and another where they compete to occupy spin states.

“The effect is so pronounced with one degree of freedom that it ends up liberating the other one,” said Rice’s Qimiao Si, co-corresponding author of the study and the director of the Rice Center for Quantum Materials (RCQM). “You can essentially tune the system to maximize damage to one of these, leaving the other well-defined.”

Si said the result could be important for companies like Google, IBM, Intel and others who are competing to develop quantum computers. Unlike today’s digital computers, which use electricity or light to encode bits of information, quantum computers use the quantum states of subatomic particles like electrons to store information in qubits. A practical quantum computer could outperform its digital counterpart in many ways, but the technology is still in its infancy, and one of the chief obstacles is the fragility of the quantum states inside the qubits.

“You need a well-defined quantum state if you wish to be assured that the information that is stored in a qubit will not change due to background interference,” Si said.

Every electron acts like a spinning magnet, and its spin is described in one of two values, up or down. In many qubit designs, information is encoded in these spins, but these states can be so fragile that even tiny amounts of light, heat, vibration or sound can cause them to flip from one state to another. Minimizing the information that’s lost to such “decoherence” is a major concern in qubit design, Si said.

In the new study, Si worked with longtime collaborator Silke Paschen of TU Wien to study a material where the quantum states of electrons were scrambled not just in terms of their spins but also in terms of their orbitals.

“We designed a system, realized in some theoretical models and concurrently realized in a material, where spins and orbitals are almost on an equal footing and are strongly coupled together,” he said.

From previous research in 2012, Si, Paschen and colleagues knew that electrons in the compound could be made to interact so strongly that the material would undergo a dramatic change at a critically cold temperature. On either side of this “quantum critical point,” electrons in key orbitals would arrange themselves in a completely different way, with the shift occurring solely due to the quantum interactions between them.

Even though Si has studied quantum criticality for almost 20 years, he was surprised by the results of Paschen’s latest experiments.

“The new data was completely baffling to all of us,” he said. “That is, until we realized that the system contained not only spins but also orbitals as active degrees of freedom.”

With that realization, Si’s team, including Rice graduate student Ang Cai, built a theoretical model that contains both the spins and orbitals. Their detailed analysis of the model revealed a surprising form of quantum criticality that provided a clear understanding of the experiments.

“It was a shock to me, both from the theoretical model perspective and the experiments,” he said. “Even though this is a soup of things — spins, orbitals that are all strongly coupled to each other and to background conduction electrons — we could resolve two quantum critical points in this one system under the tuning of one parameter, which is the magnetic field. And at each one of the quantum critical points, only the spin or the orbital is driving the quantum criticality. The other one is more or less a bystander.”

Si is the Harry C. and Olga K. Wiess Professor in Rice’s Department of Physics and Astronomy.