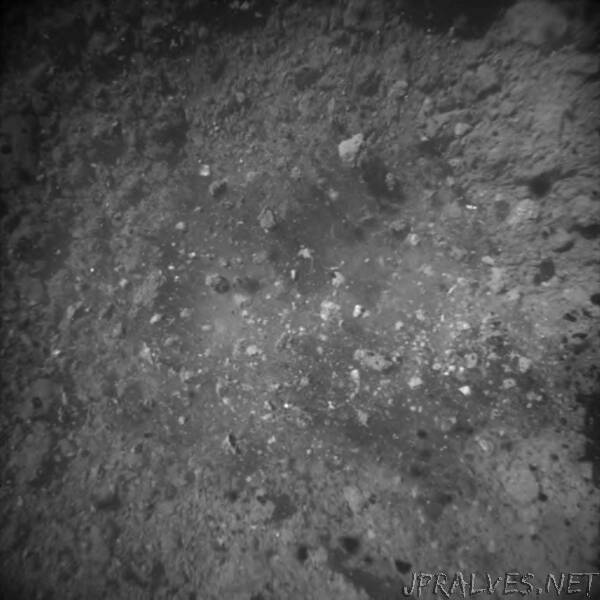 “Japan’s Hayabusa2 spacecraft has packed up the capsule that will ferry its precious space-rock cargo back to Earth in preparation to leave the asteroid Ryugu later this year.

It’s just one step completed by the Japan Aerospace Exploration Agency (JAXA) spacecraft as the agency turns its attention to the return phase of the mission.

Hayabusa2 completed its second and final sampling maneuver in July. The endeavor’s completion likely means that the spacecraft’s three-chamber sample storage mechanism is full up, with bits of rock from both the surface and the interior of Ryugu.

Today (Aug. 26), JAXA confirmed that the sampling chamber has now been stored inside the re-entry capsule, which will be the only part of the spacecraft to return to Earth. That capsule should arrive home in late 2020.

On its return voyage, the re-entry capsule will make its way through Earth’s atmosphere to land in the Woomera Protected Area of South Australia’s outback. Japan has been working with Australia to acquire permission to install an antenna to track the capsule’s location and collect the capsule there, according to JAXA.

Earlier this month, JAXA also heard from one of the two small hopping rovers that Hayabusa2 deployed to Ryugu’s surface in September. According to JAXA press materials, both of those hoppers woke up; the mission team is considering what to do with them.

The main Hayabusa2 spacecraft carries one more small rover, called MINERVA-II2, which the team plans to deploy later this fall; a rehearsal is scheduled for Sept. 5.

That deployment is the spacecraft’s last task before it turns back to Earth for the year-long journey to cart its precious space-rock cargo home to the scientists eagerly awaiting the special delivery in 2020.”