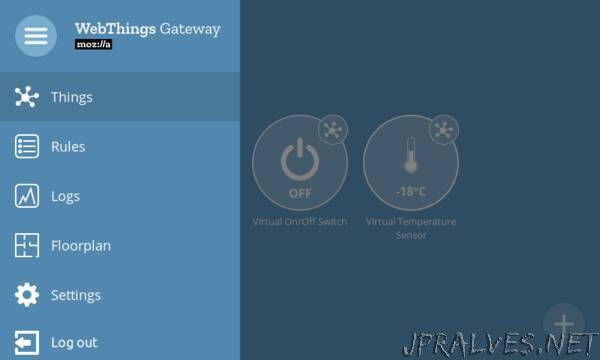 “The Mozilla IoT team is excited to announce that after two years of development and seven quarterly software updates that have generated significant interest from the developer & maker community, Project Things is graduating from its early experimental phase and from now on will be known as Mozilla WebThings.

Mozilla’s mission is to “ensure the Internet is a global public resource, open and accessible to all. An Internet that truly puts people first, where individuals can shape their own experience and are empowered, safe and independent.”

The Mozilla IoT team’s mission is to create a Web of Things implementation which embodies those values and helps drive IoT standards for security, privacy and interoperability.

Mozilla WebThings is an open platform for monitoring and controlling devices over the web, including:

We look forward to a future in which Mozilla WebThings software is installed on commercial products that can provide consumers with a trusted agent for their “smart”, connected home.

WebThings Gateway 0.8
The WebThings Gateway 0.8 release is available to download from today. If you have an existing Things Gateway it should have automatically updated itself. This latest release includes new features which allow you to privately log data from all your smart home devices, a new alarms capability and a new network settings UI.”