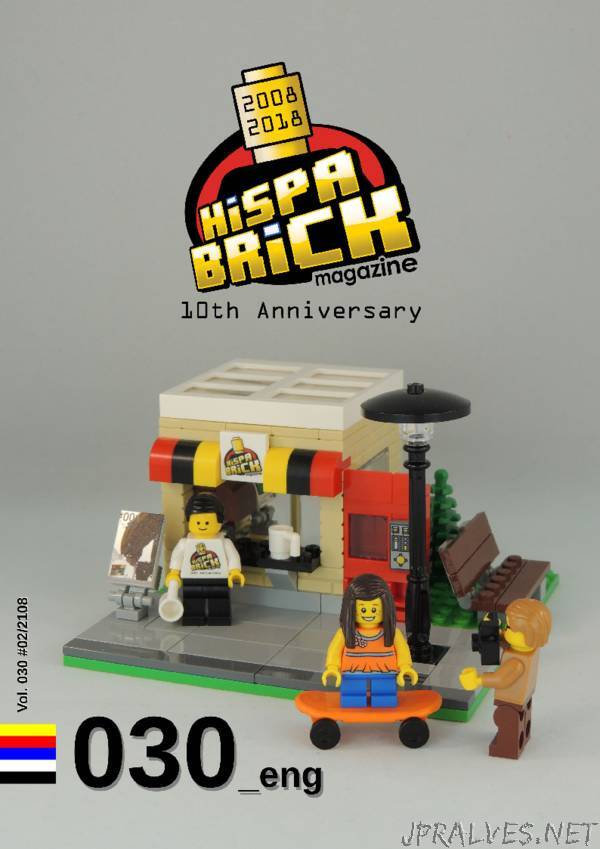 “It is hard to believe ten years have gone by since the first issue of HispaBrick Magazine® was published.
It has been ten years of effort, sweat, emotion, urgency, satisfaction and, above all, relaxation each time a new issue is published.
We started out with the intention of fighting the immediacy and oblivion of the internet. A humble project that, year after year, has grown to become one of the core reference magazines in the AFOL world.
Hundreds of LEGO® fans from all over the world have collaborated with us, selflessly contributing their knowledge for the benefit of the community. Without all of those AFOLs HispaBrick Magazine® would not have a reason to exist. Through these words we wish to sincerely thank each and every person who has collaborated with us. You have been the engine of this magazine!
The LEGO® company has also played an important part during these ten years, particularly the Community team. From the very first issue they were enthusiastic about the idea and their support has been constant, through interviews, reports, visits and sets for review.
Finally I would personally like to thank the small HispaBrick Magazine® team that throughout the years has included: Antonio, Carlos, Gemma, Geni, Íñigo, Jesús D. Jesús G, Jetro, Jose and Vicente. You are the soul of HispaBrick Magazine® and your passion makes it possible to have a new ‘baby’ every four months.
We hope you enjoy this special issue, in which you will get to know the current staff a little better, and we offer you a few small surprises related to our anniversary.”