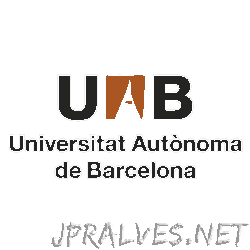 The Autonomous University of Barcelona, also known as UAB (Catalan: Universitat Autònoma de Barcelona), Spanish: Universidad Autónoma de Barcelona), is a public university mostly located in Cerdanyola del Vallès, near the city of Barcelona in Catalonia, Spain. As of 2012, the university consists of 57 departments in the experimental, life, social and human sciences, spread among 13 faculties/schools. All these centers together award a total of 85 qualifications in the form of first degrees, diplomas, and engineering degrees. Moreover, almost 80 doctoral programs, and more than 80 other postgraduate programs are offered. UAB has more than 40,000 students and more than 3,600 academic and research staff. UAB is a pioneering institution in terms of fostering research. There are many research institutes in the campus, as well as other research centers, technical support services, and service-providing laboratories, and the ALBA (synchrotron) located in the Barcelona Synchrotron Park is very close to UAB. UAB is the second best university in Spain, after the University of Barcelona, located in the same city, according to the 2020 QS World University Rankings, which ranked the university 176th overall in the world. Its subject rankings were: 144th in Life Sciences & Biomedicine, 92nd in Arts & Humanities, 106th in Natural Sciences, 95th in Social Sciences and 203rd in Engineering & IT.

“A new protocol created by researchers at the UAB sorts and classifies quantum data by the state in which they were prepared, with more efficiency than the equivalent classical algorithm. The research was published in Physical Review X. Quantum-based communication …

“Recent advances of research on the application of photovoltaic technologies for self-powering of neuromorphic devices are reported in a detailed review by Dr Amador Pérez-Tomás, of the ICN2 Oxide Nanophysics group, which has been just published in Advanced Materials Interfaces …

“Researchers from the ICN2 Physics and Engineering of Nanodevices Group have proposed a modified graphene-based nanodevice fabrication technique that has increased up to three times the spin lifetime and relaxation length compared to previous work of the same kind. The …

“Researchers from the ICN2 Phononic and Photonic Nanostructures Group have led a research which synchronised for the first time a couple of optomechanical oscillators. This work sets a solid basis for producing reconfigurable networks of such oscillators, with potential applications …

“Investigators from the ICN2 Advanced Electron Nanoscopy Group have collaborated in an international research to show that inorganic ligands can be used to improve the performance as a thermoelectric material of SnTe-CdSe nanocomposites. The efficiency obtained with this procedure is …

“A thorough study published on NanoLetters and led by the ICN2 Advanced Electron Nanoscopy group provides new insights on the growth mechanisms and conditions that determine the polarity of semiconductor nanostructures. Fine control of polarity can result in the design …

“ICN2 researchers investigate micropumps as a window into self-propelled micromotors and beyond. In the paper published this September in Accounts of Chemical Research, lead author Dr María José Esplandiu explains how their findings are important not only to harnessing the …

“In a refreshing change of perspective, theoretical physicist Dr Zeila Zanolli has looked at the proximity effects of graphene on a magnetic semiconducting substrate, finding it to affect the substrate’s magnetism down to several layers below the surface. Her …