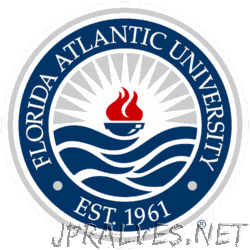 Florida Atlantic University (FAU or Florida Atlantic) is a public university in Boca Raton, Florida, with five satellite campuses in the Florida cities of Dania Beach, Davie, Fort Lauderdale, Jupiter, and in Fort Pierce at the Harbor Branch Oceanographic Institution. FAU belongs to the 12-campus State University System of Florida and serves South Florida, which has more than five million people and spans more than 100 miles (160 km) of coastline. Florida Atlantic University is classified by the Carnegie Foundation as a research university with high research activity. The university offers more than 170 undergraduate and graduate degree programs within its 10 colleges. Programs of study cover arts and humanities, the sciences, medicine, nursing, accounting, business, education, public administration, social work, architecture, engineering, and computer science. Florida Atlantic opened in 1964 as the first public university in southeast Florida, offering only upper-division and graduate level courses. Initial enrollment was only 867 students, increasing in 1984 when the university admitted its first lower-division undergraduate students. As of 2018, enrollment has grown to over 30,000 students representing 140 countries, 50 states, and the District of Columbia. Since its inception, Florida Atlantic has awarded more than 110,000 degrees to nearly 153,160 alumni.

“Repairing complex electrical appliances is time consuming and rarely cost-effective. The working group led by Prof. Dr. Karl Mandel, Professorship of Inorganic Chemistry at FAU, has now developed a smart microparticle that enables defective components in these appliances to be …

“Organic dye molecules are commonly known from color pigments or from fluorescence microscopy in biology. Although as any other molecule, they are fundamentally quantum mechanical objects made of a small number of atoms, they are usually not associated with quantum …

“Graphene is a promising material for use in nanoelectronics. Its electronic properties depend greatly, however, on how the edges of the carbon layer are formed. Zigzag patterns are particularly interesting in this respect, but until now it has been virtually …

“The smallest building blocks within the power stations of organisms which get their energy directly from the sun are basically miniature reactors surrounded by collectors which capture photons and forward them to the centre. The close correlation between structure and …

“Physicists at FAU precisely control electrons on a time scale of under one femtosecond Being able to control electronic systems using light waves instead of voltage signals is the dream of physicists all over the world. The advantage is that …

“You don’t necessarily think about energy efficiency and protecting the environment while taking a bite of your bread roll at breakfast time. But baked goods, or rather the baking process itself shouldn’t be underestimated – only a third of …

“Researchers at FAU achieve highest certified efficiency of organic solar cells to date October 31, 2018 Materials scientists at FAU have achieved a new record in the performance of organic non-fullerene based single-junction solar cells. Using a series of complex …

“Processes in the atomic microcosmos are revealed Physicists at Friedrich-Alexander-Universität Erlangen-Nürnberg (FAU) have successfully generated controlled electron pulses in the attosecond range. They used optical travelling waves that are formed by laser pulses of varying wavelengths. The movements of electrons …

“Researchers from Freie Universität Berlin, Friedrich-Alexander-Universität Erlangen-Nürnberg (FAU) and Universität Ulm have made a significant contribution to the wet chemical synthesis of graphene from graphite, defining the mechanism on which it is based. They succeeded in solving the basic problem …