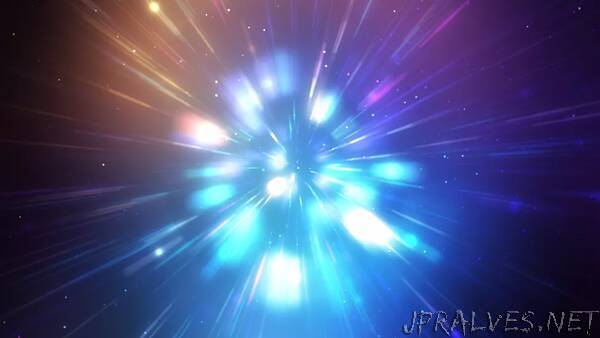 “The time-flipped photon can’t be used to restage “Back to the Future,” but it could help us figure out some of the universe’s most mysterious phenomena.

For the first time, physicists have made light appear to move simultaneously forward and backward in time. The new technique could help scientists improve quantum computing and understand quantum gravity.

By splitting a photon, or packet of light, using a special optical crystal, two independent teams of physicists have achieved what they describe as a ‘quantum time flip’, in which a photon exists in both forward and backward time states.

The effect results from the convergence of two strange principles of quantum mechanics, the counterintuitive rules that govern the behavior of the very small. The first principle, quantum superposition, enables minuscule particles to exist in many different states, or different versions of themselves, at once, until they are observed. The second — charge, parity and time-reversal (CPT) symmetry — states that any system containing particles will obey the same physical laws even if the particles’ charges, spatial coordinates and movements through time are flipped as if through a mirror.

By combining these two principles, the physicists produced a photon that appeared to simultaneously travel along and against the arrow of time. They published the results of their twin experiments Oct. 31 and Nov. 2 on the preprint server arXiv, meaning the findings have yet to be peer-reviewed.

“The concept of the arrow of time is giving a word to the apparent unidirectionality of time that we observe in the macroscopic world we inhabit,” Teodor Strömberg, a physicist at the University of Vienna who was first author on one of the papers, told Live Science. “This is actually in tension with many of the fundamental laws of physics, which by and large are time symmetric, and which therefore do not have a preferred time direction.”

The second law of thermodynamics states that the entropy of a system, a rough analogue of its disorder, must increase. Known as the “arrow of time,” entropy is one of the few quantities in physics that sets time to go in a particular direction.

This tendency for disorder to grow in the universe explains why it’s easier to mix ingredients than to separate them. It’s also through this growing disorder that entropy is wedded so intimately to our sense of time. A famous scene in Kurt Vonnegut’s novel “Slaughterhouse-Five” demonstrates how differently entropy makes one direction of time look to the other by playing World War II in reverse: Bullets are sucked from wounded men; fires are shrunk, gathered into bombs, stacked in neat rows, and separated into composite minerals; and the reversed arrow of time undoes the disorder and devastation of war.

However, as entropy is primarily a statistical concept, it doesn’t apply to single subatomic particles. In fact, in every particle interaction scientists have observed so far — including the up to 1 billion interactions per second that take place inside the world’s largest atom smasher, the Large Hadron Collider — CPT symmetry is upheld. So particles seeming to move forward in time are indistinguishable from those in a mirrored system of antiparticles moving backward in time. (Antimatter was created with matter during the Big Bang and doesn’t actually move backward in time; it just behaves as if it is following an opposite arrow of time to normal matter.)

The other factor at play in the new experiments is superposition. The most famous demonstration of quantum superposition is Schrödinger’s cat, a thought experiment in which a cat is placed inside a sealed box with a vial of poison whose release is triggered by the radioactive decay of an alpha particle. Radioactive decay is a quantum mechanical process that occurs at random, so it is initially impossible to know what happened to the cat, which is in a superposition of states, simultaneously dead and alive, until the box is opened and the outcome observed.

This superposition of states enables a particle to exist in both forward and backward time states at the same time, but witnessing this feat experimentally is tricky. To achieve it, both teams devised similar experiments to split a photon along a superposition of two separate paths through a crystal. The superposed photon moved on one path through the crystal as normal, but another path was configured to change the photon’s polarization, or where it points in space, to move as if it were traveling backward in time.

After recombining the superposed photons by sending them through another crystal, the team measured the photon polarization across a number of repeated experiments. They found a quantum interference pattern, a pattern of light and dark stripes that could exist only if the photon had been split and was moving in both time directions.

“The superposition of processes we realized is more akin to an object spinning clockwise and counter-clockwise at the same time,” Strömberg said.The researchers created their time-flipped photon out of intellectual curiosity, but follow-up experiments showed that time flips can be paired with reversible logic gates to enable simultaneous computation in either direction, thus opening the way for quantum processors with greatly enhanced processing power.

Theoretical possibilities also sprout from the work. A future theory of quantum gravity, which would unite general relativity and quantum mechanics, should include particles of mixed time orientations like the one in this experiment, and could enable the researchers to peer into some of the universe’s most mysterious phenomena.

“A nice way to put it is to say that our experiment is a simulation of exotic scenarios where a photon might evolve forward and backward in time,” Giulio Chiribella, a physicist at the University of Oxford who was the lead author of the other paper, told Live Science. “What we do is an analogue to some experiments that simulate exotic physics, such as the physics of black holes or time travel.”“