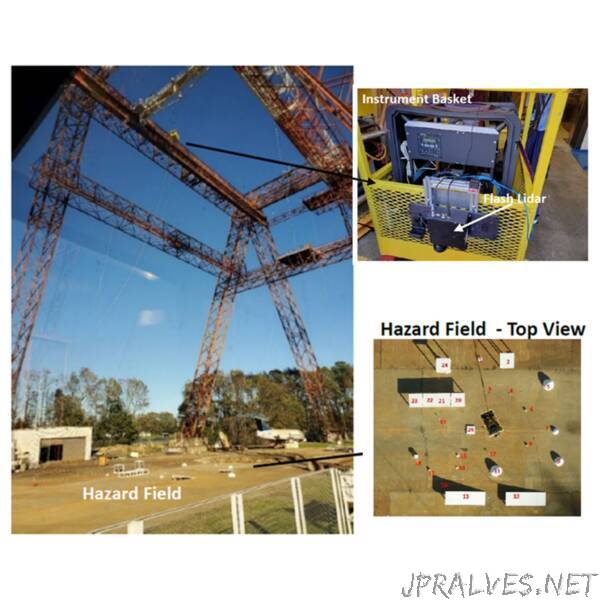 In a new study, scientists demonstrate a new lidar technique that could help robotic vehicles avoid hazards when landing during future missions to Mars or the moon. The method uses flash lidar to record full 3D images with a single laser pulse, which prevents the motion blur that is present with traditional lidar approaches.

Farzin Amzajerdian from NASA Langley Research Center will present the new findings at the Optica Laser Congress, 11 – 15 December 2022. The presentation entitled “Development of a 3-D Flash Lidar for Terrain Sensing and Safe Landing on Planetary Bodies” will be presented on-site and online in a hybrid format.

“Lidar technology plays a critical role in future missions to the Moon, Mars, and other solar system bodies since they require precision safe landing at specific locations where valuable resources may be found or may lead to important scientific discoveries,” said principal investigator, Farzin Amzajerdian, Ph.D.

Flash lidar is useful for several purposes throughout the process of landing robotic vehicles. As a vehicle descends to a surface, flash lidar can be used to generate 3D terrain maps from an altitude of several kilometers to reduce position error. Once it is about a kilometer above the landing site, high resolution 3D flash lidar images can be used to identify hazardous terrain features and select the safest landing location. During the final approach, flash lidar can help to track terrain features and guide the vehicle to the selected landing location.

One challenge to implementing flash lidar in this process is the need for a large mechanical gimbal that scans the target area to acquire individual lidar images that are then stitched together. In the new work, the researchers tested a super-resolution algorithm they developed in an effort to eliminate the need for a scanning gimbal. Their solution involves enlarging the lidar field of view to cover the entire area of interest and then taking a sequence of images of the same scene from different positions and viewing angles. These images are then computationally combined to achieve a high-resolution view of the scene.

The researchers tested the new technique using a hazard field placed under a moving platform at the NASA Langley Research Center gantry facility. The facility lifted the flash lidar system to a height of 64 meters above the ground and introduced a vertical motion with some random lateral movements. The experiments showed that the super-resolution algorithm greatly reduced range noise while producing an image resolution that was at least 25 times greater than when flash lidar was used alone.

The researchers are now developing a prototype with an upgraded lidar system for use in a series of aircraft flight tests to demonstrate its capabilities for future landing missions.”