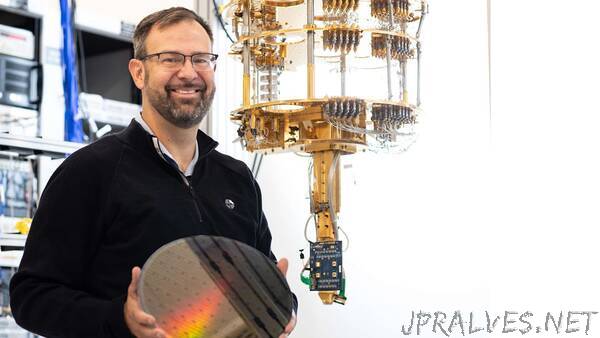 “The past several years have been an exciting time in quantum computing. Billions of dollars have been invested, and there’s no shortage of advocates and detractors. Activity and momentum across the quantum community continue to grow. For proof, there have been a lot of recent headlines about increased qubit counts, commercially viable systems, roadmaps and startups. Some claim true commercialization is just around the corner.

Despite very exciting developments in the field, a fault-tolerant 1 million-plus qubit machine and true commercial uses for quantum computing are 10 to 15 years from reality. And that’s to achieve quantum practicality – the point at which quantum computers achieve commercial relevance by doing something significant to change our lives. Instead, the question should not be focused on when we reach commercialization but on whether some sort of quantum advantage is possible using devices with 50 to a few hundred qubits and what that technology looks like.

As the community continues to push forward with new research, the industry needs to increase qubit counts and improve qubit quality – moving to produce thousands of quality qubits, which is still several years away, and then scaling to millions.

Intel’s qubits are different from other approaches in the industry. While Intel isn’t the only company working on silicon qubits, we’re the only company using the same process line to make our qubits as we do our leading-edge logic technology. And since Intel is dedicated to transistor and microcircuit design, the company has technology like computer-aided design (TCAD) for device creation. That same capability doesn’t yet exist for quantum, but we’re developing it. Intel also differs from other quantum hardware developers because we enable the full-stack pieces in-house.

We believe this is the right approach. If we build silicon spin qubits on silicon wafers and develop a qubit technology that looks like a transistor, we can follow Moore’s Law of acceleration to build a large-scale system. And while it’s taken several years to translate a prototype in the lab into a fab process, we are getting there.

We’ve made significant gains including:

- Oct. 2022: The mass production of qubits on 300 millimeter silicon wafers using extreme ultraviolet (EUV) lithography in a high-volume factory allows us to fit 10,000 small arrays of quantum dots on a single wafer.
- Sept. 2022: The development of a full-stack software development kit (SDK), the Intel® Quantum SDK, lets developers interface with Intel’s quantum computing stack. The kit allows developers to program new quantum algorithms for executing qubits in simulation and on real quantum hardware in the future.
- April 2022: The industry’s first silicon spin qubit devices fabricated on Intel’s 300 mm research and development fabrication equipment represent a crucial step toward scaling to the thousands or potentially millions of qubits needed for a commercial quantum computer. It also shows that fabricating quantum chips on Intel’s established transistor lines is a winning strategy, both in the number of qubits and the quality of devices.
- March 2021: The cryoprober, a testing device to measure qubits and gather information in minutes on sources of quantum noise and the quality of quantum dots, enables our team to receive results from quantum devices in hours instead of the days or weeks it had taken.
- Dec. 2020: Leveraging our experience with semiconductors, we created the cryogenic quantum control chip Horse Ridge to help solve the interconnect challenges associated with quantum computing. It eliminates much of the cabling that crowds the dilution refrigerators that keep qubits at the frigid temperatures they need to perform.

What’s Next for Quantum?

When it comes to quantum innovation, Intel is not alone. Other quantum vendors are working to develop their own chips and quantum-specific operating systems. There’s technological progress, like open-source libraries and new qubit processors. The industry has even started to explore how to combine hardware into a full stack to deliver a quantum service in the cloud (but the hardware must exist first).

There are several issues with quantum computing today. The industry needs better qubit devices and better-quality qubits. Regardless of qubit type, we need better materials.

For example, we need even cleaner materials with sharper interfaces than we use today for our transistor processes. In addition, we’ve yet to see anyone propose an interconnect technology that is more elegant than how we wire microprocessors today.

We need faster control and the ability to simplify wiring by having the control chips co-integrated close to the qubit chip. And, finally, we need to demonstrate error correction so that we can have more stable qubits that can perform the kinds of calculations that will eventually enable us to reach quantum practicality.

To get us there, Intel foresees a hybrid future for quantum along with classical supercomputing. Right now, we’re limited to working with a relatively small number of qubits that we can either simulate or run so that quantum algorithms can be co-optimized between classical components and quantum components. Parts of the algorithm might run on a classical system, with other data from the quantum system. A very large-scale quantum computer will probably have a small supercomputer next to it. And the bill of materials for a quantum computer may have more from the classical computing space than from the actual quantum chip.

What will be the next big step for the entire quantum community?

The next major “quantum leap” is probably five years away, when we have a few thousand qubits and can essentially create a logical qubit. But even then, more than one logical qubit will be needed to do something commercially relevant. That said, breakthroughs are happening in the lab and showing immense promise for what could be possible. For Intel, collaborations across the industry, research communities and academia have driven compelling discoveries in the field. The more we explore, the more we learn, and the more we collaborate, the faster we go.”