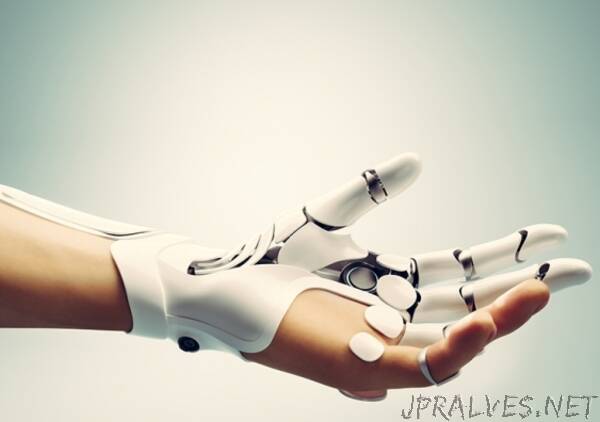 “A multi-disciplinary team at UNSW has found a way to convert nerve impulses into light, opening the way for more scalable neural implants.

Biomedical and electrical engineers at UNSW Sydney have developed a new way to measure neural activity using light – rather than electricity – which could lead to a complete reimagining of medical technologies like nerve-operated prosthetics and brain-machine interfaces.

Professor François Ladouceur, with UNSW’s School of Electrical Engineering and Telecommunications, says the multi-disciplinary team has just demonstrated in the lab what it proved theoretically shortly before the pandemic: that sensors built using liquid crystal and integrated optics technologies – dubbed ‘optrodes’ – can register nerve impulses in a living animal body.

Not only do these optrodes perform just as well as conventional electrodes – that use electricity to detect a nerve impulse – but they also address “very thorny issues that competing technologies cannot address”, says Prof. Ladouceur.

“Firstly, it’s very difficult to shrink the size of the interface using conventional electrodes so that thousands of them can connect to thousands of nerves within a very small area.

“One of the problems as you shrink thousands of electrodes and put them ever closer together to connect to the biological tissues is that their individual resistance increases, which degrades the signal-to-noise ratio so we have a problem reading the signal. We call this ‘impedance mismatch’.

“Another problem is what we call ‘crosstalk’ – when you shrink these electrodes and bring them closer together, they start to talk to, or affect each other because of their proximity.”

“The real advantage of our approach is that we can make this connection very dense in the optical domain and we don’t pay the price that you have to pay in the electrical domain,” Prof. Ladouceur says.

In research published recently in the Journal of Neural Engineering, Prof. Ladouceur and fellow researchers at UNSW wanted to show that they could use optrodes to accurately measure the neural impulses as they travel along a nerve fibre in a living animal.

Scientia Professor Nigel Lovell, who heads the Graduate School of Biomedical Engineering and is Director of the Tyree Foundation Institute of Health Engineering, was part of the research team that sought to demonstrate this in the lab.

He says the team connected an optrode to the sciatic nerve of an anaesthetised animal. The nerve was then stimulated with a small current and the neural signals were recorded with the optrode. Then they did the same using a conventional electrode and a bioamplifier.

“We demonstrated that the nerve responses were essentially the same,” says Prof. Lovell. “There’s still more noise in the optical one, but that’s not surprising given this is brand new technology, and we can work on that. But ultimately, we could identify the same characteristics by measuring electrically or optically.”

New dawn for prosthetics
So far the team has been able to show that nerve impulses – which are relatively weak and measured in microvolts – can be registered by optrode technology. The next step will be to scale up the number of optrodes to be able to handle complex networks of nervous and excitable tissue.

Prof. Ladouceur says at the beginning of the project, his colleagues asked themselves, how many neural connections does a man or woman need to operate a hand with a degree of finesse?

“That you can pick up an object, that you can judge the friction, you can apply just the right pressure to hold it, you can move from A to B with precision, you can go fast and slow – all these things that we don’t even think about when we perform these actions. The answer is not so obvious, we had to search quite a bit in the literature, but we believe it’s about 5000 to 10,000 connections.”

In other words, between your brain and your hand there is a bundle of nerves that travels down from your cortex and eventually divides into those 5000 to 10,000 nerves that control the delicate operations of your hand.

If a chip with thousands of optical connections could connect to your brain, or some place in the arm before the nerve bundle separates, a prosthetic hand could potentially be able to function with much the same ability as a biological one.

That’s the dream, anyway, and Prof. Ladouceur says there are likely decades of further research before it’s a reality. This would include developing the ability for optrodes to be bidirectional. Not only would they receive and interpret signals from the brain on the way to the body, they could receive feedback in the form of neural impulses going back to the brain.

The long game: brain-machine interface
Neural prosthetics isn’t the only space that optrode technology has the potential to redefine. Humans have long fantasised about integrating technology and machinery into the human body to either repair or enhance it.

Some of this is now a reality, such as Cochlear implants, pacemakers and cardiac defibrillators, not to mention smart watches and other tracking devices giving continual biofeedback.

But one of the more ambitious goals in biomedical engineering and neuroscience is the brain-machine interface that aims to connect the brain to not only the rest of the body, but potentially the world.

“The area of neural interfacing is an incredibly exciting field and will be the subject of intense research and development over the next decade,” says Prof. Lovell.

While this is more fiction than fact right now, there are many biotech companies taking this very seriously. Entrepreneur Elon Musk was one of the co-founders of Neuralink that aims to create brain-computer interfaces with the potential to help people with paralysis as well as incorporating artificial intelligence into our brain activities.

The Neuralink approach uses conventional wire electrodes in its devices so it must overcome impedance mismatch and crosstalk – among many other challenges – if they are to develop devices that host thousands, if not millions, of connections between the brain and the implanted device. Recently Mr Musk was reported as being frustrated at the slow pace in developing the technology.

Prof. Ladouceur says time will tell whether Neuralink and its competitors succeed in removing these obstacles. However, given that implantable, in vivo devices that capture neural activity are currently constrained to about 100 or so electrodes, there is still a long way to go.

“I’m not saying that it’s impossible, but it becomes really problematic if you were to stick to standard electrodes,” Prof. Ladouceur says.

“We don’t have these problems in the optical domain. In our devices, if there is neural activity, its presence influences the orientation of the liquid crystal which we can detect and quantify by shining light on it. It means we don’t extract current from the biological tissues as the wire electrodes do. And so the biosensing can be done much more efficiently.”

Now that the researchers have shown that the optrode method works in vivo, they will shortly publish research that shows the optrode technology is bidirectional – that it can not only read neural signals, but can write them too.”