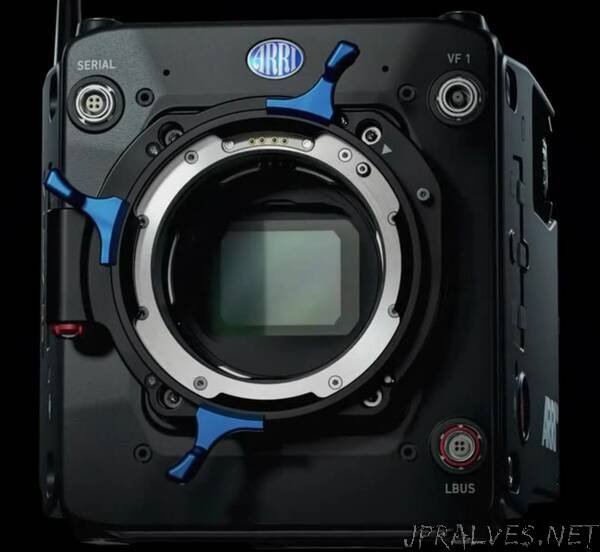 This latest collaboration between the two companies is another example of onsemi’s strength in developing sensors for high-end cinematography that elevate image quality. This unique high-resolution, large-pixel image sensor with optimized readout techniques result in a 4.6K image, 17-stops of dynamic range at 120 frames per second, producing images with unprecedented quality. The extended Dynamic Range enables higher detail in a high contrast scene in a single frame, resulting in an extraordinary image and color experience.

“All digital ARRI cameras—starting with the first ARRIFLEX D-20 in 2005, followed by the first ALEXA delivered in June 2010 up to the ALEXA 35 introduced this year—are based on CMOS sensors jointly developed with onsemi,” said Walter Trauninger, managing director and head of business unit Camera Systems at ARRI. “The close collaboration between the two companies is the foundation for ARRI’s ability to provide the best overall image quality to filmmakers. This kind of long-term commitment is an absolute exception in an ever-changing semiconductor market and is invaluable to ARRI.”

The ARRI ALEXA 35 camera elevates digital cinematography to new heights, building on the evolution of the ALEXA family over the last decade-plus. During the 75th annual Cannes Film Festival in 2022, 30 of the 49 films that premiered at the festival, including Palme d’Or winner “Triangle of Sadness,” used a camera from ARRI’s ALEXA family, all powered by onsemi’s customized CMOS image sensors.

“Developing the image sensors for the ALEXA 35 camera with ARRI shows our ability to develop high-end sensors that are low cost and high quality while maximizing performance,” said Ross Jatou, senior vice president and general manager of ISG at onsemi. “22 years of working closely with ARRI demonstrates our commitment and skillset to deliver image sensors for the high-end digital cinematography and machine vision markets.”

While higher resolution solutions exist, the ALEV 4 CMOS image sensor from onsemi allows ARRI to raise the bar with its latest camera by providing excellent image quality, natural colors and an entire ecosystem for the global film industry.

In 2017, the ARRI ALEXA camera system with onsemi’s CMOS sensor was recognized with a Scientific and Engineering Award from the Academy of Motion Pictures Arts and Sciences and an Engineering Emmy® from the Television Academy. onsemi was awarded an Emmy for Technology and Engineering by the National Academy of Television Arts and Sciences (NATAS) in 2021. Industry experts and peers chose the company’s work in the pioneering design and development of its intra-pixel charge transfer CMOS image sensors for showing excellence in engineering creativity.”