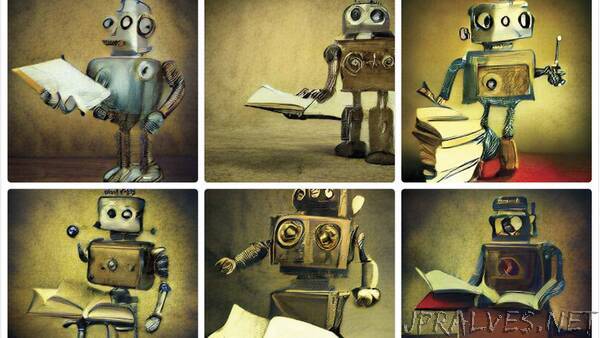 “Imagine a bookshelf that stretches far into the distance, laden with genre fiction: potboilers, romances, thrillers. Farther down, we glimpse the royal blue of a Fitzcarraldo edition.

The catch? Every book has the same author: E. Machina. They’ve all been written by AI.

To SFI External Professor Dan Rockmore (Dartmouth College), we’re closer than we think to the world of that bookstore — a world where AI doesn’t simply summarize financial reports or baseball games, as it does today, but where its work is even considered literary.

“Why wouldn’t somebody one day subject machine-written literature to the same form of literary criticism to which we subject writing by humans?” asks Rockmore. Would that destroy the humanities, or expand their reach? How might it change the ways humans read, write, review, or teach literature?

These are among the questions floated by a working group titled “The Anxiety of the Computational,” meeting at SFI from August 15–17, 2022. Experts in machine learning and stylometry join literary studies scholars working across various time periods and languages and, together, they discuss the past, present, and future of “computational poetics” — and the very human anxieties that attend them. Powerful language models such as GPT-3 make distinguishing AI’s writing much trickier, and even “human” writing is influenced by algorithms, from auto-fill to AI coaches like Grammarly.

The future of computational poetics may be unpredictable, but we are certain to continue reading text written by AI, from the mundane to the possibly transcendent. After all, as Rockmore’s imagined book critic puts it, “E. Machina has a way of connecting the unexpected with the quotidian…”

That critic, of course, might one day be an algorithm, too.”