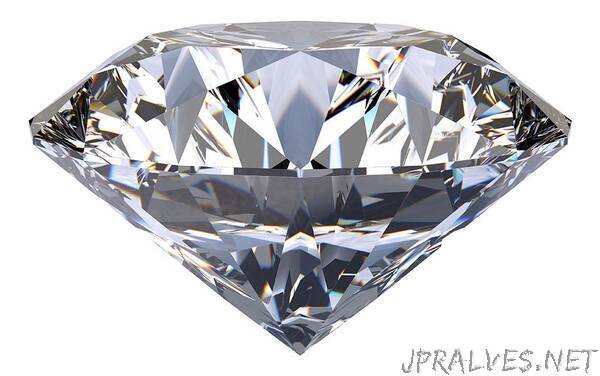 “Researchers at the University of Tsukuba use ultrafast spectroscopy to measure tiny changes in magnetic fields using nitrogen-vacancy defects in diamonds, paving the way for more accurate quantum sensors for spintronic computers.

Tsukuba, Japan—Scientists from the University of Tsukuba demonstrated how ultrafast spectroscopy can be used to improve the temporal resolution of quantum sensors. By measuring the orientation of coherent spins inside a diamond lattice, they showed that magnetic fields can be measured even over very short times. This work may allow for the advancement of the field of ultra-high accuracy measurements known as quantum metrology, as well as “spintronic” quantum computers that operate based on electron spins.

Quantum sensing offers the possibility of extremely accurate monitoring of temperature, as well as magnetic and electric fields, with nanometer resolution. By observing how these properties affect the energy level differences within a sensing molecule, new avenues in the field of nanotechnology and quantum computing may become viable. However, the time resolution of conventional quantum sensing methods has previously been limited to the range of microseconds due to limited luminescence lifetimes. A new approach is needed to help refine the quantum sensing.

Now, a team of researchers led by the University of Tsukuba developed a new method for implementing magnetic field measurements in a well-known quantum sensing system. Nitrogen-vacancy (NV) centers are specific defects in diamonds in which two adjacent carbon atoms have been replaced by a nitrogen atom and a vacancy. The spin state of an extra electron at this site can be read or coherently manipulated using pulses of light.

“For example, the negatively charged NV spin state can be used as a quantum magnetometer with an all-optical readout system, even at room temperature,” first author Ryosuke Sakurai says. The team used an “inverse Cotton-Mouton” effect to test their method. The normal Cotton-Mouton effect occurs when a transverse magnetic field creates birefringence, which can change linearly polarized light into having an elliptical polarization. In this experiment, the scientists did the opposite, and used light of different polarizations to create tiny controlled local magnetic fields.

“With nonlinear opto-magnetic quantum sensing, it will be possible to measure local magnetic fields, or spin currents, in advanced materials with high spatial and temporal resolution,” senior author Muneaki Hase and his colleague Toshu An at the Japan Advanced Institute of Science and Technology, say. The team hopes that this work will help enable quantum spintronic computers that are sensitive spin states, not just electrical charge as with current computers. The research may also enable new experiments to observe dynamic changes in magnetic fields or possibly even single spins under realistic device-operating conditions.