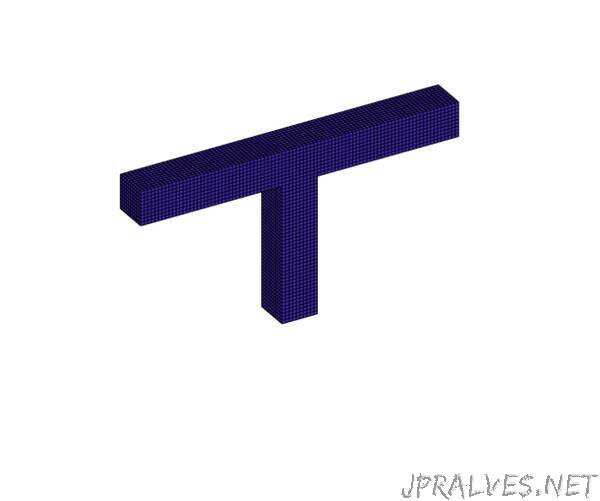 “University of Pittsburgh Distinguished Professor Anna Balazs collaborated with senior author Joanna Aizenberg, the Amy Smith Berylson Professor of Materials Science and Professor of Chemistry & Chemical Biology at SEAS at Harvard on research published in Nature. Mastering control over the dynamic interplay among optical, chemical and mechanical behavior in single-material, liquid crystalline elastomers, results in microposts that combine bending, twisting and turning into complex dances. The advancement could contribute toward further development of soft robotics and other devices.

When humans twist and turn it is the result of complex internal functions: the body’s nervous system signals our intentions; the musculoskeletal system supports the motion; and the digestive system generates the energy to power the move. The body seamlessly integrates these activities without our even being aware that coordinated, dynamic processes are taking place. Reproducing similar, integrated functioning in a single synthetic material has proven difficult –few one-component materials naturally encompass the spatial and temporal coordination needed to mimic the spontaneity and dexterity of biological behavior.

However, through a combination of experiments and modeling, researchers from the Harvard John A. Paulson School of Engineering and Applied Sciences (SEAS) and University of Pittsburgh Swanson School of Engineering created a single-material, self-regulating system that controllably twists and bends to undergo biomimetic motion. The research was published this month in Nature (DOI 10.1038/s41586-022-04561-z).

Senior author is Joanna Aizenberg, the Amy Smith Berylson Professor of Materials Science and Professor of Chemistry & Chemical Biology at SEAS. Inspired by experiments performed in the Aizenberg lab, contributing authors at the University of Pittsburgh, Anna Balazs and James Waters, developed the theoretical and computational models to design liquid crystal elastomers (LCEs) that imitate the seamless coupling of dynamic processes observed in living systems.

“Our movements occur spontaneously because the human body contains several interconnected structures, and the performance of each structure is highly coordinated in space and time, allowing one event to instigate the behavior in another part of the body,” explained Balazs, Distinguished Professor of Chemical Engineering and the John A. Swanson Chair of Engineering. “For example, the firing of neurons in the spine triggers a signal that causes a particular muscle to contract; the muscle expands when the neurons have stopped firing, allowing the body to return to its relaxed shape. If we could replicate this level of interlocking, multi-functionality in a synthetic material, we could ultimately devise effective self-regulating, autonomously operating devices.”

The LCE material used in this collaborative Harvard- Pitt study was composed of long polymer chains with rod-like groups (mesogens) attached via side branches; photo-responsive crosslinkers were used to make the LCE responsive to UV light. The material was molded into a micron-scale posts anchored to an underlying surface. The Harvard team then demonstrated an extremely diverse set of complex motions that the microstructures can display when exposed to light. “The coupling among microscopic units—the polymers, side chains, meogens and crosslinkers—within this material could remind you of the interlocking of different components within a human body” said Balazs, “suggesting that with the right trigger, the LCE might display rich spatiotemporal behavior.”

To devise the most effective triggers, Waters formulated a model that describes the simultaneous optical, chemical and mechanical phenomena occurring over the range of length and time scales that characterize the LCE. The simulations also provided an effective means of uncovering and visualizing the complex interactions within this responsive opto-chemo-mechanical system.

“Our model can accurately predict the spatial and temporal evolution of the posts and reveal how different behaviors can be triggered by varying the materials’ properties and features of the imposed light,” Waters said, further noting “The model serves as a particularly useful predictive tool when the complexity of the system is increased by, for example, introducing multiple interacting posts, which can be arranged in an essentially infinite number of ways.”

According to Balazs, these combined modeling and experimental studies pave the way for creating the next generation of light-responsive, soft machines or robots that begin to exhibit life-like autonomy. “Light is a particularly useful stimulus for activating these materials since the light source can be easily moved to instigate motion in different parts of the post or collection of posts,” she said.

In future studies, Waters and Balazs will investigate how arrays of posts and posts with different geometries behave under the influence of multiple or more localized beams of light. Preliminary results indicate that in the presence of multiple light beams, the LCE posts can mimic the movement and flexibility of fingers, suggesting new routes for designing soft robotic hands that can be manipulated with light.

This work at the University of Pittsburgh was supported by the US Army Research Office, under grant number W911NF-17-1-0351. “