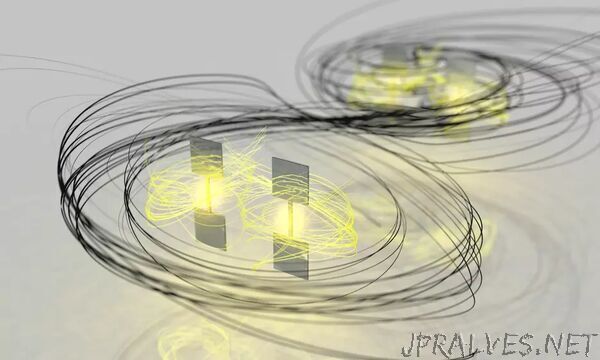 “Experimental physicists led by Gerhard Kirchmair, together with theoretical physicists at the University of Oulu, Finland, have succeeded for the first time in controlling protected quantum states - so-called dark states - in superconducting quantum bits. The entangled states are 500 times more robust and could be used, for example, in quantum simulations.

In Gerhard Kirchmair’s laboratory at the Institute of Quantum Optics and Quantum Information (IQOQI) of the Austrian Academy of Sciences in Innsbruck, Austria, superconducting quantum bits are coupled to waveguides. When several of these quantum bits are incorporated into the waveguide, they interact with each other, resulting in so-called dark states. “These are entangled quantum states that are completely decoupled from the outside world,” explains Max Zanner, first author of the paper. “They are invisible, so to speak, which is why they are called dark states.” These states are of interest for quantum simulations or the processing of quantum information - corresponding proposals have been made several times in recent years. To date, however, it has not been possible to control and manipulate these dark states appropriately without breaking their invisibility. Now, the team led by Gerhard Kirchmair has developed a system with which the dark states of superconducting circuits in a microwave waveguide can be manipulated from the outside.

Expandable as desired
“Until now, the problem has always been, how to control dark states that are completely decoupled from the environment,” says Gerhard Kirchmair, who is also a professor of experimental physics at the University of Innsbruck. “With a trick, we have now succeeded in finding access to these dark states.” His team built four superconducting quantum bits into a microwave waveguide and attached control lines via two lateral inlets. Using microwave radiation via these wires, the dark states can be manipulated. Together, the four superconducting circuits form a robust quantum bit with a storage time about 500 times longer than that of the individual circuits. Multiple dark states exist simultaneously in this quantum bit, which can be used for quantum simulation and quantum information processing. “In principle, this system can be extended arbitrarily,” says Matti Silveri from the Nano and Molecular Systems Research Unit at the University of Oulu, Finland.

The successful experiment forms the starting point for further investigations of dark states and their possible applications. For the time being, these are mainly in the field of fundamental research, where there are still many open questions regarding the properties of such quantum systems. The concept developed by the Innsbruck physicists to control dark states can in principle be implemented not only with superconducting quantum bits, but also on other technological platforms. “However, the circuits we use, which function like artificial atoms, have advantages over real atoms, which are much more difficult to couple strongly to a waveguide,” Gerhard Kirchmair emphasizes.

Nature Physics published the results in its current issue. The research was financially supported by the Austrian Science Fund FWF, the Academy of Finland, and the European Union, among others. Maximilian Zanner and Christian Schneider are members of the FWF Doctoral Program Atoms, Light and Molecules (DK-ALM) at the University of Innsbruck.”