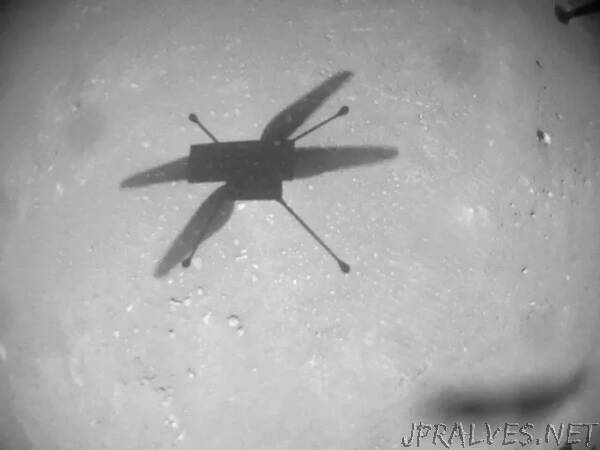 “A dust storm pushed the liftoff date back by more than a month.

The flight had originally been targeted for Jan. 5. But on New Year’s Day, a big dust storm kicked up near the 28-mile-wide (45 kilometers) Jezero Crater, which Ingenuity and its robotic partner, NASA’s Perseverance rover, have been exploring since February 2021.

The Ingenuity team decided to stand down until the dust storm passed, making Ingenuity the first aircraft ever to have a flight delayed by inclement weather on another planet.

Two main factors underlay the decision to delay. First, Ingenuity is solar powered, so lots of dust in the air could affect its ability to recharge its batteries. Second, airborne dust absorbs solar radiation and heats up the surrounding atmosphere, thinning it out slightly. That may not sound like a big deal, but Mars’ air is just 1% as dense as that of Earth at sea level, so flying there is tricky even in the best of circumstances.

The delay turned out to be the right call, mission team members said. The dust storm did indeed roll over Jezero Crater, and the effects were observed by NASA’s Mars Reconnaissance Orbiter, the weather station aboard Perseverance, and Ingenuity’s sensors.

“Most notable was a sharp drop in air density — about a 7% deviation below what was observed pre-dust storm,” Jonathan Bapst and Michael Mischna, of Ingenuity’s weather and environment team, wrote in an update on Jan. 19.

“This observed decrease would have put density below the lower threshold of safe flight and would have imparted undue risk to the spacecraft,” wrote Bapst and Mischna, both of whom are based at NASA’s Jet Propulsion Laboratory (JPL) in Southern California. “We also observed the effect of dust in the amount of sunlight absorbed by Ingenuity’s solar array, which fell well below normal ‘clear sky’ levels, a drop of about 18%.”

The delay ended up extending into February, apparently out of an abundance of caution, JPL spokesman Andrew Good told Space.com via email last week. “There was a lot of dust in the air after that recent storm,” Good said.

Tuesday’s flight took Ingenuity out of a rugged patch of Jezero’s floor known as South Séítah, over a ridge and onto a plateau, mission team members have said. Ingenuity stayed aloft for 99.98 seconds and covered about 205 feet (62 meters) during the sortie, JPL officials said via Twitter on Tuesday.

Ingenuity is a technology demonstration designed to show that aerial exploration is feasible on Mars. The rotorcraft did just that on five initial flights, which were originally supposed to be the entirety of its mission. But Ingenuity performed so well that NASA approved an extension, during which the chopper is serving as a scout for Perseverance and pushing the boundaries of Red Planet flight.”