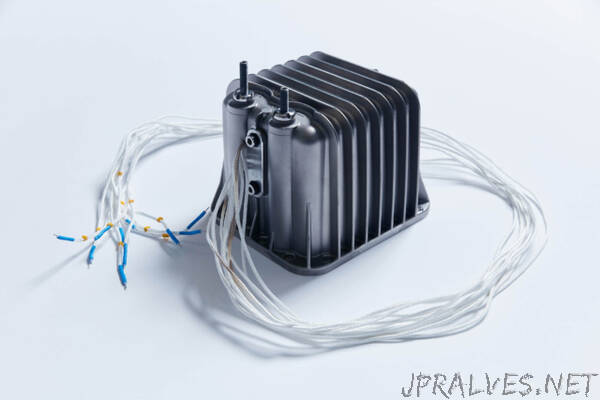 “The factory from Haldor Topsøe is due to be completed in 2023. In the meantime, there is also close cooperation with the Saudi mega-project NEOM through the ‘Dutch connection.’

For the Danes, green energy is as natural as oil is for the Arabs. Denmark has been among the leaders in Europe for years. More than 30% of its energy consumption is renewable. And the northern Europeans are determined to hold on to this lead by investing billions in various projects for the future.

The largest and most exciting project to date is the construction of a gigantic energy island 80 kilometers off the coast where electricity generated from hundreds of wind turbines will be collected for transportation and processing purposes. It is a project that shows that Denmark does not just want to produce green energy for itself. No, it also wants to become a major exporter.

Another project that fits in with this ambition was announced last week by the Haldor Topsøe company. The Lyngby-based company is planning to build a plant for so-called “solid oxide electrolyser cells” (SOEC).

Solid versus liquid
Haldor Topsøe claims that these SOEC fuel cells have an energy efficiency of more than 90%. This is much greater than other fuel cells that work with liquid materials. This is important because the energy losses that incur when converting green electricity to hydrogen are considered one of the main disadvantages of hydrogen.

The plant should be ready in two years, according to Roeland Baan, CEO of Haldor Topsøe. The capacity of the fuel cells in the first year will be 500 megawatts. This will be expanded to 5 gigawatts in the following years.

Roeland Baan: “With this new production plant, we want to play a leading role in the energy transition to a low-emission future. We are convinced that one of the most promising routes to this goal lies in the efficient use of green electricity for hydrogen production. With our SOEC electrolysis technology, more than 90% of the renewable electricity entering the electrolysis is retained in the form of green hydrogen. This is significantly more efficient than other technologies currently available on the fuel cell market.”

A familiar face in the desert
The name Baan may sound familiar to some people. In his previous job, the Dutchman was CEO of the Finnish steel group Outokumpu. Before that, he worked for Aleris International, Arcelor Mittal, SHV and Shell, among others. He is also chair of the Board of Commissioners at SBM Offshore.

He undoubtedly knows Peter Terium from all these positions he has worked in. Terium is the former boss of the German energy giant RWE. Their paths are crossing again; this time far afield in the desert of Saudi Arabia.

Power to ammonia
Terium is to provide green energy to the controversial futuristic city of NEOM. The Saudi crown prince Mohammed bin Salman – (who of course is also well aware that the days of fossil fuels are numbered) has designated a piece of land in the northwest along the Red Sea the size of Belgium where a US$500 billion city is to be built with lots of windmills and solar fields. Most of the green electricity produced there is to be converted into liquid ammonia, which the Saudis can then sell as sustainable fuel.

And machinery from Haldor Topsøe is set to be used for this “power to ammonia” technology.”