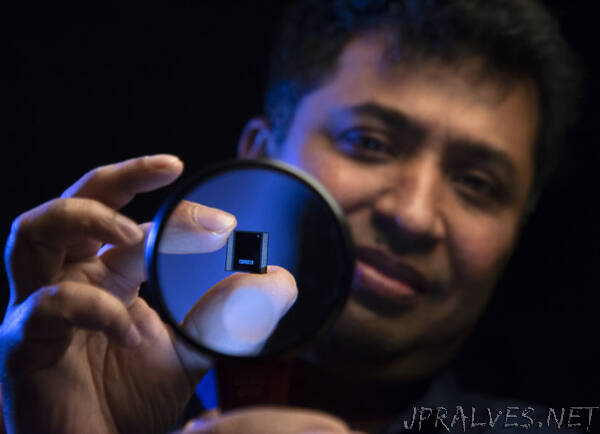 “The fingernail-size Intel chip with Foveros technology is a first-of-its kind.

With Foveros, processors are built in a totally new way: not with the various IPs spread out flat in two dimensions, but with them stacked in three dimensions. Think of a chip designed as a layer cake (a 1-millimeter-thick layer cake) versus a chip with a more-traditional pancake-like design. Intel’s Foveros advanced packaging technology allows Intel to “mix and match” technology IP blocks with various memory and I/O elements – all in a small physical package for significantly reduced board size. The first product designed this way is “Lakefield,” the Intel® Core™ processor with Intel hybrid technology.

Industry analyst firm The Linley Group recently named Intel’s Foveros 3D-stacking technology as “Best Technology” in its 2019 Analysts’ Choice Awards. “Our awards program not only recognizes excellence in chip design and innovation, but also acknowledges the products that our analysts believe will have an impact on future designs,” said Linley Gwennap, of The Linley Group.

Recently, three designs have been announced that are powered by Lakefield and were co-engineered with Intel. In October 2019, Microsoft previewed the Surface Neo, a dual-screen device. And later that month at its developer conference, Samsung announced the Galaxy Book S. Unveiled at CES 2020 and expected to ship midyear is the Lenovo ThinkPad X1 Fold.”