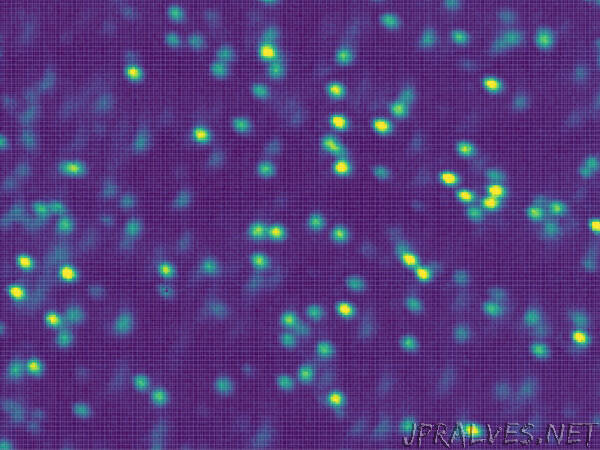 A new technique for fabricating quantum bits in silicon carbide wafers could provide a scalable platform for future quantum computers. The quantum bits, to the surprise of the researchers, can even be fabricated from a commercial chip built for conventional computing.

The recipe was surprisingly simple: Buy a commercially available wafer of silicon carbide (a temperature-robust semiconductor used in electric vehicles, LED lights, solar cells, and 5G gear) and shoot an electron beam at it. The beam creates a deficiency in the wafer which behaves, essentially, as a single electron spin that can be manipulated electrically, magnetically, or optically.

“It’s ironic after 50 years or so of trying to clean up semiconductors to make high-quality electronics, our plan is to put the defects back in—and use them to make a trapped atom in a semiconductor,” says David Awschalom, professor of molecular engineering at the University of Chicago.

Awschalom says his group at Chicago is one of a number that have followed up on the promise of a pioneering 2011 paper by researchers at the University of California, Santa Barbara—who first discovered that small defects in silicon carbide could be manipulated to become essentially room-temperature cages for individual electrons, whose spins can then be used as a quantum bit for possible computations and communications.

And these individual electron spins inside silicon carbide, subsequent research has established, retain their quantum information for up to a millisecond (a long time in the world of quantum computing) and can be tuned and addressed both with electrical gates and with lasers.

The technique could offer a rare medium that’s isolated enough from thermal noise to host quantum phenomena like entanglement—but not so isolated that qubits can’t be manipulated and run through a series of gates and logical operations.

“Our approach is to see if we can leverage the trillion dollars or so of American industry that’s building today’s nanoelectronics and see if we can pivot that technology,” Awschalom says.

“We thought we’d just buy commercial devices, create defects in them and see how well they worked. We were fairly pessimistic, because the material wasn’t created for quantum information technologies,” he says. “You might think, ‘This can’t work.’ But this is the beauty of research, you try it anyway. And what we learned were a series of things we honestly didn’t expect.”

In other words, it worked. In their paper, published in a recent issue of the journal Science, the group reports the manufactured defects in their silicon carbide diodes produce a stable single electron pocket that holds together up to and well above room temperatures.

Because of the configuration of the defects—having to do with a symmetry in the silicon carbide lattice—the individual electron spin can be manipulated not only by magnetic fields but also by electrical fields as well.

“The one thing we can do today, like in your smartphone, is make a lot of transistors that are controlled with electrical gates,” Awschalom says. “So if you can control quantum states and their magnetic properties with electric fields, there’s an advantage. Because there’s a pathway to scale them using today’s electronics technology.”

The other key finding in the group’s research, he says, is the possibility for tuning these electron spins to be addressed by laser pulses as well.

The researchers published another recent paper in the journal Science Advances that finds the same silicon carbide qubits could be a potential quantum communication media. The spins, that is, can be manipulated to be resonant with light across a broad range—as in 800 gigahertz of range—of frequencies. And the line width of those spins, Awschalom says, is pretty tight, too—just 20 megahertz.

This means that any individual qubit could potentially be tuned to communicate across one of some 40,000 separate frequency ranges—sort of like a quantum ham radio with some 40,000 individual channels.

“You can begin to think about quantum multiplexing in a commercial wafer,” Awschalom says.

To be clear, Awschalom’s group does not have anything close to a working quantum computer at the moment. They technically don’t even have a provably viable quantum bit yet—for example, one that can be reliably and repeatably taken through the paces of any quantum computation or communication protocol. Although they do have a candidate qubit and quantum computer technology with a fair amount of innate promise.

“We’re not building quantum machines with silicon carbide,” Awschalom says. “But what’s exciting in these early days, these commercial-grade materials have beautiful quantum properties, which now is an easily accessible playground for researchers. One of the exciting things about this discovery is people can go online, buy a wafer and start doing these measurements.””