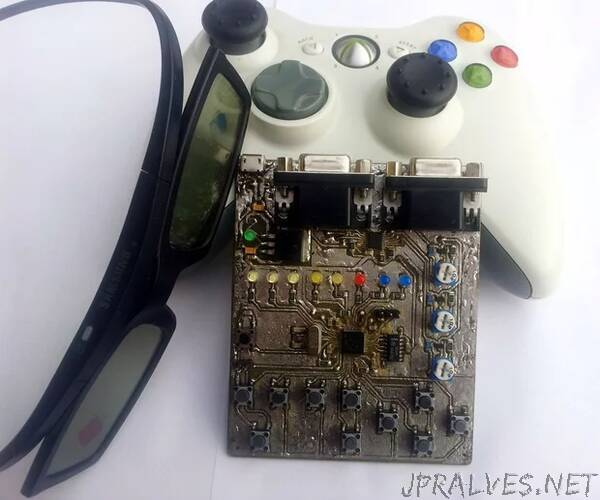 “For some time Ive been working on a successor to to the original AODMoST. New device uses faster and better 32-bit microcontroller and faster analog video switch. It allows to AODMoST 32 to work with higher resolutions and implement new functionalities. Device can now also be powered by USBs 5V voltage.
Biggest new feature is implementation of simple patterned image mask for one eye and inverse patterned mask for the other one, similar to the one presented in this article: Dichoptic movie viewing treats childhood amblyopia. There are also more customization options for the shape, position and constant randomization of those parameters.
I should point out that I havent implemented all the ideas I had, and the firmware can be further developed. But I anticipate that due to socioeconomic issues I wont be able to work on this project in the foreseeable future, so I am publishing it as it is. Firmware can now work with 3D content in Top Bottom and Side by Side formats and was tested with Nvidia GPU equipped PC and Xbox 360.