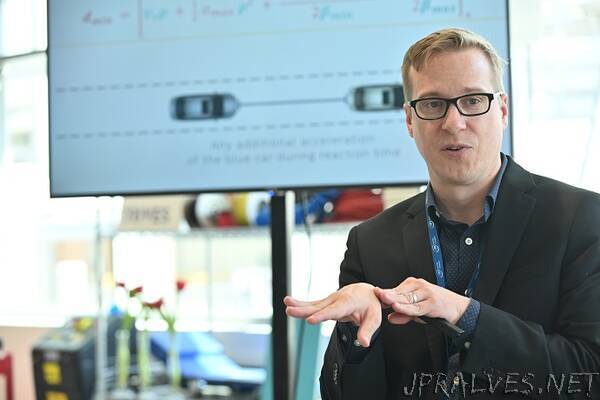 “The Institute of Electrical and Electronics Engineers (IEEE) has approved a proposal to develop a standard for safety considerations in automated vehicle (AV) decision-making and named Intel Senior Principal Engineer Jack Weast to lead the workgroup. Participation in the workgroup is open to companies across the AV industry, and Weast hopes for broad industry representation. Group members will hold their first meeting in 2020’s first quarter.

“The forthcoming IEEE standard will provide a useful tool to answer the question of what it means for an AV to drive safely.”
– Jack Weast, Intel senior principal engineer

Why It Matters: Industry and regulators are struggling to agree on a method for evaluating the safety of AVs, although most people agree that standards are needed to establish regulatory thresholds for granting AVs their driver’s licenses. Multiple approaches are in development even though industry consensus is lacking.

Meanwhile, technology development is not standing still and is nearly ready. This puts pressure on regulators to create rules for operating AVs worldwide. Known for its technical depth and relative speed at standards development, IEEE expects to publish the first version of the standard within a year – an important consideration as calls for regulation increase.

“This standardization project will provide an important basis for the development of open, formal models in automated vehicle decision-making,” said Riccardo Mariani, vice president of Standards Activities at IEEE Computer Society and vice president of Industry Safety at NVIDIA. “Redundancy and diversity are crucial to developing scalable frameworks for safe automated driving.”

How It Works: The new standard – IEEE 2846 – will establish a formal rules-based mathematical model for automated vehicle decision-making that will be formally verifiable (with math), technology neutral (meaning anybody can apply it) and adjustable to allow for regional customization by local governments. It will also include a test methodology and tools necessary to perform verification of an AV to assess conformance with the standard.

Who Is Involved: Two IEEE committees co-sponsored the proposal: The IEEE Computer Society and the Vehicle Technology Society. Weast will chair the workgroup, which Weast says is open to “anyone with an interest in crafting this essential AV standard.”

Intel’s Role: Intel will bring its Responsibility-Sensitive Safety (RSS) framework as a starting point for the industry to align on what it means for an AV to drive safely. Open and technology-neutral, RSS defines what it means for a machine to drive safely with a set of logically provable rules and prescribed proper responses to dangerous situations. It formalizes human notions of safe driving in mathematical formulas that are transparent and verifiable.

Why It’s Needed: The IEEE standard is needed because the decision-making capability of an AV’s computer is mostly hidden from observation. This capability is largely driven by a collection of artificial intelligence algorithms – a “black box” of sorts – that is at the heart of important intellectual property from the leading companies in the AV industry. The black-box nature of an AV’s driving policy makes it nearly impossible to comparatively judge the safety of the different vehicles. As some industry experts have said, statistical evidence – such as number of miles driven, frequency of human intervention or hours in simulation – can only go so far before the car gets into a scenario it’s never seen before.”