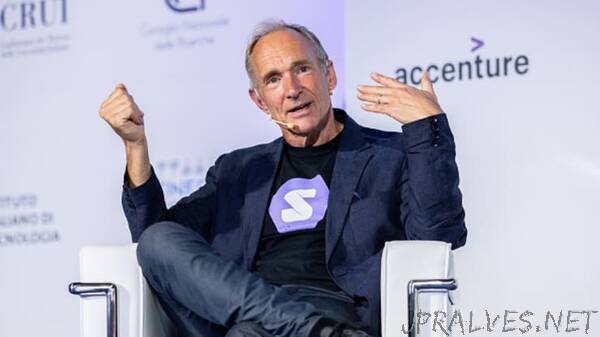 “Tim Berners-Lee, the creator of the World Wide Web, is officially launching his plan to “fix” the internet.

The World Wide Web Foundation, a non-profit campaign group set up by Berners-Lee, has secured the backing of tech giants Facebook, Google and Microsoft for the scheme, dubbed the “contract for the web.”

The British computer scientist first outlined his vision to overhaul organizations’ approach to the internet at the Web Summit event last year. At the time, he said the web was “at a tipping point.” The contract calls on companies to respect consumers’ data privacy and urges governments to ensure everyone has access to the internet.

“Never before has the web’s power for good been more under threat,” Adrian Lovett, CEO of the World Wide Web Foundation, told CNBC in an interview Friday. He added that the rise of hateful content and fake news being propagated online meant something had to change.

“We’re launching the contract for the web for the world’s first-ever global action plan to protect the web as a force for good, bringing together companies, governments and citizens from around the world to say these are the things that need to be done to put things back on the right track.”

Other organizations backing the contract include DuckDuckGo, Reddit, GitHub and Reporters Without Borders.

One major component of the pledge is the requirement that the web remains an accessible tool for all users. Lovett said that, “despite the progress we’ve seen in getting the world connected, half the world doesn’t have access.”

He said the contract comes with nine core principles, while underneath them is a total of 76 clauses. “Not every organization has to abide by all of them,” he insisted. “A good number of those 76 will be relevant.”

Berners-Lee will deliver a speech in Berlin, Germany, on Monday where he is due to say the contract will serve as a blueprint for governments, companies and citizens to safeguard the web as a force for good. The World Wide Web Foundation says it is working with partners to develop tools that can measure progress on the contract’s various clauses.

‘Moratorium’ on political ads
It’s not clear just how much the pact will change. But it comes at a crucial moment for large internet companies like Facebook and Google which have faced heightened regulatory pressure over how they handle consumers’ information and vet content distributed online.

Last year, Facebook was hit with scathing criticism over the sharing of 87 million users’ profile data with Cambridge Analytica. The political consultancy used such data to target voters during the 2016 U.S. presidential election.

Meanwhile, politicians like Elizabeth Warren have been increasingly calling for a breakup of big tech companies like Facebook, Google and Amazon, amid concerns they may be monopolies.

The World Wide Web Foundation’s chief avoided answering directly the question of whether large tech companies should be broken up, instead stating that any antitrust enforcement action should be in “the interests of creativity and of enterprise, giving every company a chance to thrive.”

More recently, social media platforms have been embroiled in controversy over the selling of online political advertising. Twitter took the decision to ban outright political advertisements last week, while Google has said it will end microtargeting for such ads. Facebook, on the other hand, has defended its policy on allowing ads from politicians and parties, even when they include false information.

Lovett called for a “moratorium” on political ads — at least in the U.K.— as there’s “not enough confidence that our democracy is safe” from bad actors trying to sway public opinion with misleading claims. Britain is heading for an election that’s due to take place on Dec. 12.”