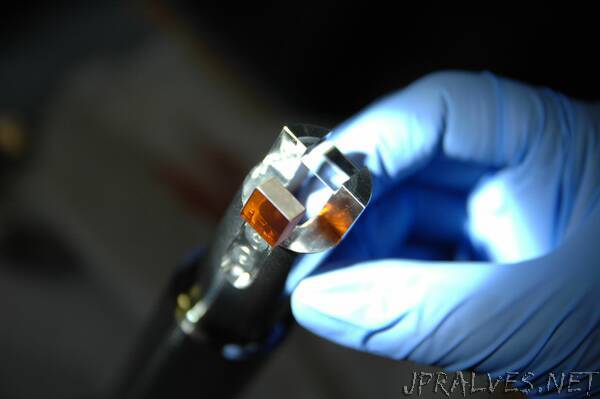 Particle accelerators are key instruments for cutting-edge research in biology, medicine, materials science, and chemistry. They enable deep insight into the structure of matter. At the Accelerator Technology Platform (ATP) of Karlsruhe Institute of Technology (KIT), scientists from various disciplines work on the further development of accelerator technology. In a competition of all German universities, seven of their projects have now been selected for funding under the framework program “Erforschung von Universum und Materie – ErUM” (research into universe and matter) of the Federal Ministry of Education and Research (BMBF). The total funding volume amounts to about EUR 3 million.

“At KIT, teams of experts from various disciplines cooperate to develop innovative technologies for tomorrow’s particle accelerators, from radiation diagnosis systems for highest data rates to special magnets based on high-temperature superconductors,” says KIT Vice-President for Research, Professor Oliver Kraft. “Acquisition of funding for these activities is a great success for our researchers.” About 200 experts in physics, electrical engineering, computer science, and chemical engineering collaborate at the ATP of KIT.

“Development of accelerator components by so many experts from different disciplines in close cooperation makes the KIT stand out as a unique institution,” says Professor Anke-Susanne Müller, Head of the Institute for Beam Physics and Technology of KIT. Among others, the researchers work on superconducting magnets that guide and focus the particles in the accelerator, including special magnets with alternating magnetic fields – undulators – that generate closely bundled, so-called brilliant light in accelerators. “We are developers of instruments for cutting-edge research. Based on the understanding of fundamental processes, we develop new operation modes and innovative combinations in accelerator technology and, thus, enable researchers of various areas to obtain new findings,” Müller says.

To cope with this challenge, latest infrastructures and test facilities are available at KIT. Among them are the accelerators KARA (Karlsruhe Research Accelerator) and FLUTE (Far Infrared Linac and Test Experiment) that are used to develop, among others, measurement methods for terahertz radiation which will then be applied by materials and life scientists. A KIT-developed system with an electro-optical crystal is used to detect and control extremely short electron pulses in modern particle accelerators, such as ultrashort electron packages with pulse durations in the range of femtoseconds – quadrillionths of a second – moving at the speed of light.

“We are working on technologies that make the invisible visible and enable us to influence it,” explains physicist Müller. She emphasizes: “Accelerator technology is of relevance to society.” Synchrotron radiation may be used for non-destructive examinations of biological structures and materials, particle radiation is applied in tumor therapy. Other applications are X-ray deep-edge lithography for the production of microstructures, material finishing in jewelry and automotive industry, or sterilization of food or medical products.

KIT also conducts research into superconducting materials for new cable technologies of future superaccelerators. These materials also are the basis of superconducting underground cables that might become key components of future power supply by e.g. efficiently transporting electricity from wind parks in Northern Germany to the South. As regards research into matter at large-scale facilities, KIT scientists, among others, work on novel technologies for plasma accelerators that will be far more compact and energy-efficient than accelerators used today.

KIT is involved in 13 international accelerator projects. In the area of physics of smallest particles, KIT studies maximum beam intensities and operation safety of ring accelerators, e.g. for the next stage of the world’s largest accelerator LHC at CERN in Geneva. KIT researchers also investigate new technologies for highly specialized magnets that will be applied as light sources in accelerators of highest performance worldwide, such as the European XFEL in Hamburg. And for the BESSY VSR synchrotron radiation source in Berlin, KIT scientists test how artificial intelligence can be used to make the accelerators set and adjust their parameters automatically.

Anke-Susanne Müller is convinced that funding by the Federal Ministry of Education and Research will further strengthen Germany as a location of research. “There is hardly any other country in the world where accelerator density at research institutions is so high and networking is so good as in Germany,” she says. “Here, the KIT makes essential contributions.””