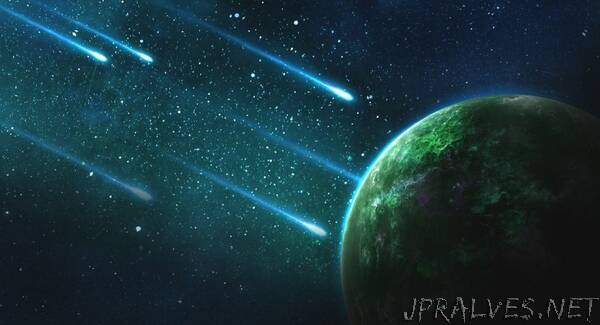 “The 2019 GT3 is classified as a “potentially hazardous asteroid”, which means it is being scrutinised in detail by the astronomic community, just weeks after the near miss of another flyby – that of a “city-killer” object with the way too positive codename of 2019 OK.

NASA has warned that a mammoth asteroid surpassing a 50 megaton nuke in power will whizz past Earth tomorrow. The space rock in question, which goes by the name 2019 GT3, is a whopping 1,214 feet wide, which is greater in size than the iconic Eiffel Tower.

Given the massive size, the object that is moving at a breakneck speed of 30,500 mph is feared to have the potential to produce a gigantic crater in the event of a collision with Earth – about three miles wide.

At its closest point to our planet’s surface, the asteroid will be within a distance equalling 0.04996 astronomical units or around 4.6 million miles, which lands it into the category of “potentially hazardous asteroids”, commonly referred to by the abbreviation PHA.

NASA has classified the location where the object is heading to as the “near-Earth object” zone, or the “main belt” that is believed to attract asteroids like a magnet, especially given the fact that cosmic rocks are drawn to Earth by gravitational forces. According to a report by spacetelescope.org, there are over 700,000 rocks in space.

Planetary defence is becoming crucial in today’s astronomy and astrophysics as scientists have barely recovered from the unexpected near miss of Asteroid 2019 OK – a “city-killer” rock, as it has been referred to - clocked just hours before its dramatic flyby.

Along with the “apocalypse asteroid Bennu”, a longstanding talking point and the subject of research in the astronomic community is a group of rocks that go by the name “Potential Hazardous Objects” (PHO) that are feared to come within dangerous proximity to Earth.

Even if they explode in the atmosphere, the outcome could still be strongly felt, experts have come to believe, citing the Chelyabinsk meteor that exploded above the Russian Ural city in 2013. Despite it being only 20 metres wide and causing no fatalities, the shockwave from its blast led to 1,500 injuries and damaged thousands of houses.”