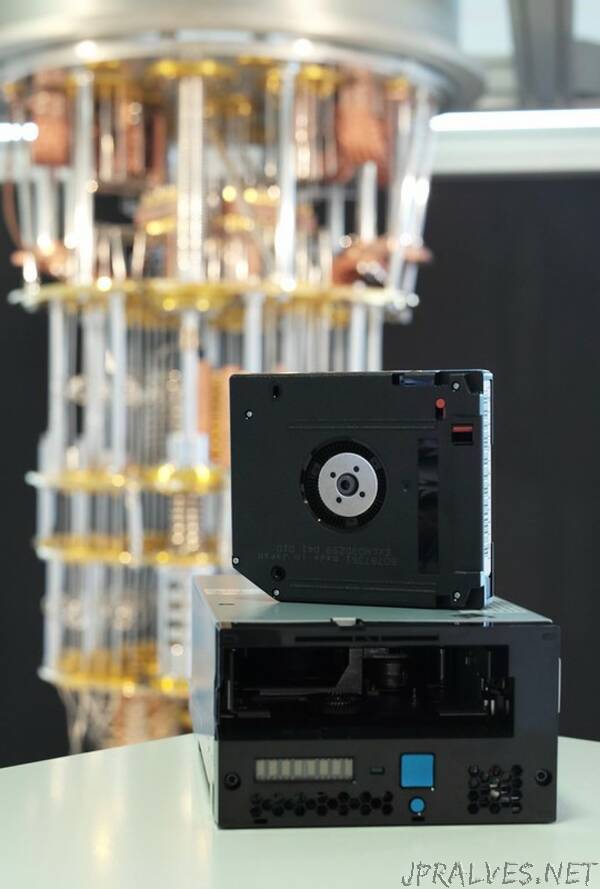 “Ten months ago we assembled a team from IBM Research in Switzerland and IBM tape developers based in Tucson, Arizona, to try to build something which has never been built before to address a risk that may not materialize for another decade or more. As you can tell, we love a good challenge.

The risk comes from quantum advantage, the point when a quantum computer can perform some particular computation significantly faster than a classical computer. The challenge we faced, develop a quantum computing safe tape drive, because at the current rate of progress in quantum computing, it is expected that data protected by the asymmetric encryption methods used today may become insecure.

Preparing Cybersecurity for a Quantum World

Quantum computing is an emerging form of computing that takes advantage of quantum mechanical phenomena to solve certain types of problem that are effectively impossible to solve on classical computers. Quantum Advantage will occur when quantum computers surpass today’s classical computers at which point they are expected to enable dramatic advances in areas such as chemistry, bioinformatics and artificial intelligence, but at the same time they will impact information security.

At the current rate of progress in quantum computing, it is expected that asymmetric encryption may become insecure within the next 10-30 years. While this seems rather far in the future, tape systems are often used to archive data for many years which is why it’s important to begin implementing quantum computing-safe solutions now to provide clients sufficient time to migrate to this new technology before their data becomes vulnerable.

In order to prepare for the impact that quantum computers are expected to have on data security, IBM Research has been developing cryptographic algorithms that are resistant to potential security concerns posed by quantum computers.

These algorithms are based on Lattice Cryptography, which is in turn related to a set of mathematical problems that have been studied since the 1980’s and have not succumbed to any algorithmic attacks, either classical or quantum.

Both of these algorithms are candidates in the second round of the National Institute of Standards and Technology (NIST) Post Quantum Cryptography standardization process and will be presented today at the Second PQC Standardization Conference at the University of Santa Barbara, Aug 22-24, 2019.

Magnetic tape has a long history of leadership in storage security and is an essential technology for protecting and preserving data. For example, IBM tape drives were the first storage technology to provide built-in encryption starting with the TS1120 Enterprise Tape Drive.

In addition, tape provides an additional layer of security via an airgap between the data stored on a cartridge and the outside world, i.e. data stored on a cartridge cannot be read or modified unless it is mounted in a tape drive. The security and reliability provided by tape systems combined with their low total cost of ownership have resulted in tape becoming the technology of choice for archiving data in the cloud as well as in commercial and scientific data centers

With the development of quantum computing-safe tape encryption technology, IBM Tape continues the legacy of tape leadership in security and encryption and reaffirms its long term commitment to this critical part of modern storage infrastructure.”