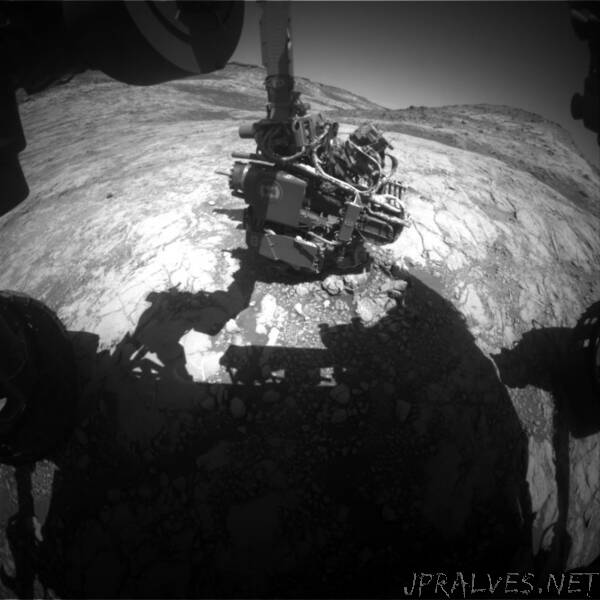 “Curiosity has bounced back from numerous glitches during its long and accomplished mission.

An attitude problem sidelined NASA’s Mars rover Curiosity recently, but the robot’s handlers whipped it back into shape in short order.

“Partway through its last set of activities, Curiosity lost its orientation. Some knowledge of its attitude was not quite right, so it couldn’t make the essential safety evaluation,” Curiosity team member Dawn Sumner, a planetary geologist at the University of California, Davis, wrote in a mission update on Monday (Jan. 20).

“Attitude” in this case refers to Curiosity’s position in space, and the position of its various parts, such as its instrument-laden robotic arm. Losing attitude knowledge could result in some pretty bad outcomes — for example, bonking that robotic arm into something or mistakenly pointing a camera at the sun, Sumner explained.

“Thus, Curiosity stopped moving, freezing in place until its knowledge of its orientation can be recovered,” she added. “Curiosity kept sending us information, so we know what happened and can develop a recovery plan.”

That plan was designed to feed Curiosity the requisite attitude info. And the team didn’t have to wait long to hear how things went.

“We learned this morning that plan was successful and Curiosity was ready for science once more!” mission team member Scott Guzewich, an atmospheric scientist at NASA’s Goddard Space Flight Center in Greenbelt, Maryland, wrote in another update on Tuesday (Jan. 21).

This latest recovery shouldn’t come as a shock; Curiosity has overcome numerous setbacks since landing inside Mars’ 96-mile-wide (154 kilometers) Gale Crater in August 2012. The rover has had issues with its memory and its wheels, for example, but has always bounced back.

Curiosity’s resilience is a testament to the rover’s robust design and its highly capable team, both of which have allowed the six-wheeled robot to keep rolling far beyond its two-Earth-year primary mission.

The main goal of that mission involves assessing Gale’s past ability to support life. Curiosity has found that the area hosted a potentially habitable lake-and-stream system in the ancient past. And this system was long-lived, likely lasting for millions of years at a time.

Curiosity is now climbing the foothills of Mount Sharp, the 3.4-mile-high (5.5 km) mountain that rises from Gale’s center. The rover is reading the rocks for clues about Mars’ long-ago climate transition, which turned the Red Planet from a relatively warm and wet place to the cold desert world it is today.”