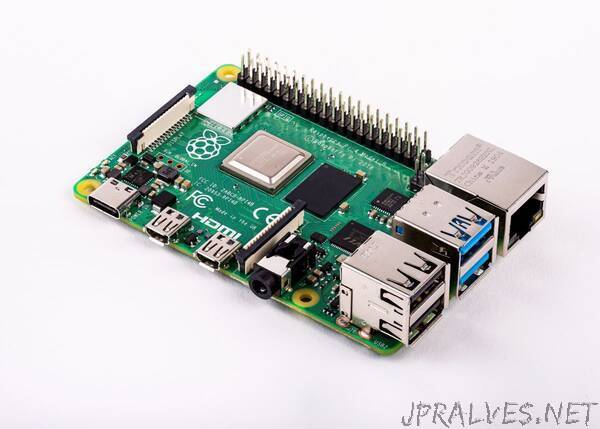 “Developers and makers around the world have snapped up 30 million units of the Raspberry Pi since the diminutive British-designed computer began selling in February 2012.

But the $35 mini computer — which has grown through four generations and branched out to the smaller form factor Raspberry Pi Zero — has turned into a permanent fixture on the DIY tech scene.

Oracle earlier this year hailed its cluster of 1,060 Raspberry Pi boards the ‘world’s largest’ Pi supercomputer, sporting 4,240 cores. NASA Jet Propulsion Laboratory (JPL) also uses the boards for its Mars mission. Others have used it as the guts of a synthesizer, and to build everything from DIY tablets, smartphones, smart-home tech and private clouds.

Upton said that number referred to sale into the channel but he said channel stock tends to be fairly light, “so assume 30 million to end users by year end”.

Sony TEC UK in Pencoed is one of the licensees that manufacturer the Raspberry Pi. In 2017 it was capable of churning out 15,000 units a day, or about 5.5 million a year if it produced them 7 days a week.

According to Upton, Sony TEC UK actually produces “about six million” units a year these days.”